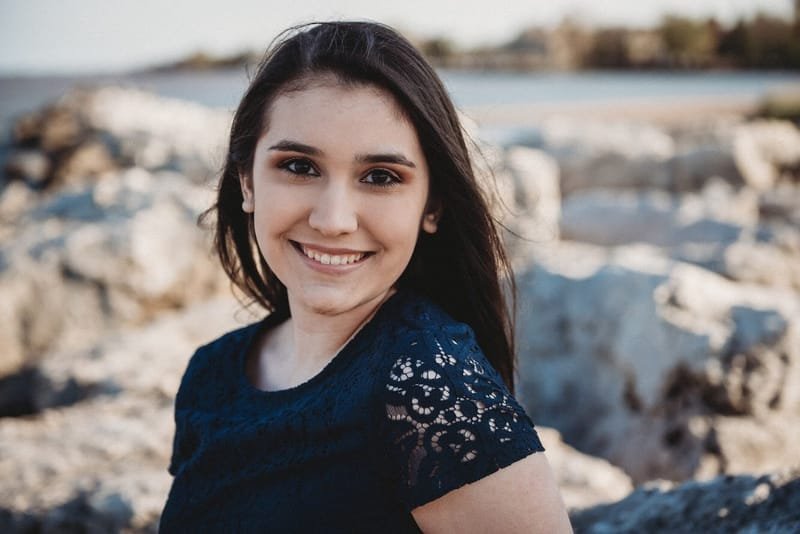 Alicia Lorta is a 19 year old youth organizer and activist currently attending the University of Wisconsin - Madison. With a passion for racial and gender equality, Alicia has used her voice to advocate for young people, especially those of color, to ensure they have a place in today’s politics.

She was raised by her third generation Mexican-American mother and Black father. Living in a multicultural home with her two mixed brothers, Alicia gained valuable insight into both the Latino and Black communities in which she was raised. Additionally, Alicia’s biological father came to the United States from Mexico as a child and currently lives in Texas with Alicia’s two additional brothers.

Born in Waukegan, IL, Alicia moved to Kenosha, WI before starting kindergarten. Getting an early start in politics, Alicia organized her high school’s walkout where approximately 300 students rallied together to speak out against the lack of gun reform laws in the United States. Later that year, Alicia organized a Families Belong Together Rally to make a statement within her community that the separation of children at the border was a national crisis.

After the 2016 election, Alicia created the Women’s Rights and Empowerment group, a safe space within her school where all student’s could advocate for one another. This group advocated for a more progressive dress code within the Kenosha Unified School District that would ensure young women’s bodies were no longer targeted or sexualized. The new dress code was written and enforced at the end of Alicia’s senior year of high school. On top of her community organizing, Alicia was a Field Organizer for the Cathy Myers for Congress campaign during the summer before her freshman year of college, at only 18 years old.

Now running for the 2nd Vice Chair of the Democratic Party of Wisconsin, Alicia hopes to bring a new perspective to the party. As a young, Latinx woman, Alicia wants the Democratic Party to be representative of today’s population. Being a part of the largest voting block in America, she believes young people can offer energy, ideas, and experiences to the DPW that have not been represented in the party before. Young people have earned the right to have a seat at the table because their voice matters. Alicia believes that in order to win in 2020 and beyond, engaging young people must be top priority, and that includes having young people represented in our party’s leadership.